I realized recently that it may be interesting for you to know why it is I currently write short stories. Contrary to a reasonable assumption, I’m not particularly fond of short stories as a reader and it is only through the process of writing them that they have grown on me as a writer! I know, that probably sounds crazy, but here’s the deal…

This is the reason I’m least proud of, but it’s honestly the main reason I tried short stories so I must acknowledge it. Back at the start of 2020, I actually embarked on writing a novel, the kind of long-form format I always imagined getting published in. I wrote a solid 72 pages single-spaced or approximately 41,000 words of this story, but then I stalled. I hadn’t created a detailed plan; I considered myself a true pantser at that time and I thought the story would just naturally keep flowing out of me. It did not.

At a certain point, I had so many words written, but not actually all that much of the story I intended to tell. I lacked direction and inspiration to go back and create the structure I was missing. That’s why I decided to start writing in a shorter format. With short stories, there were more clear-cut guidelines on how long each tale should be (technically no longer than 8,000 words) ad so if I got to 5,000 words in and hadn’t even reached a half-way point yet I knew it was time to pause, form an outline if I hadn’t already, and go back to par down or eliminate unnecessary scenes.

Of course, this is the same sort of thing one might do with a novel but realizing the need for more direction and structure at only 5,000 words in (maybe just two or three days’ worth of writing) allowed me to keep my rambling and tangents under control. I was able to catch my missteps far sooner and, as such, to finish my story in far less time. It was, by no means, “instant gratification” but it wasn’t delayed for months and months the way it would be with a novel.

Short stories allow you to play

One thing I read time and time again when I started researching short story writing online was that this is the best format to start out with (even if you intend to be a novelist in the long run) because the shorter format allows for a playground of sorts. You can write in a different point of view or tense for each story as well as play with light-hearted topics in one and darker themes in another. Because you can produce a finished short story in much less time than a novel, this allows you to see the outcome of your playing more quickly.

And the results have surprised me! Because I spent most of my life reading classics, I was partial to past tense third person narration and all but one of the short stories I published in Fairly Familiar was written in this style. However, the longer I play, the more curious I get. Although it felt odd at first for me to write in first person and it’s actually a big challenge for me to write in the present tense, I’m realizing that, for certain stories, I really prefer these styles! That’s something I never would have dared to do (and thus wouldn’t have realized) if it meant committing to that curiosity for the length of a novel before seeing the overall effect.

Short stories allow you to find your own style and strengths

Similar to the above point, playing around with different approaches, genres, and themes in the short story format has allowed me to home in on my own style. In fact, I didn’t consciously choose the theme for my first collection of short stories; rather I noticed that an element of family bonds was the connecting point between all the stories that I felt I wrote best.

(I think I’ve mentioned this elsewhere, through a Goodreads Q&A if nowhere else, but almost all of the stories in Fairly Familiar came from 15-minute “free-writes” based on random writing prompts! Doing a free-write like this every morning meant that after a couple months I had dozens of pathetic attempts and a handful of ideas I really liked that I decided to run with, which eventually became my first book.)

You may think you know yourself rather well as a writer. Having now told dozens of stories from start to finish, though, I realize that my strengths and weaknesses don’t necessarily lie where I believed they did before. Starting a story is not nearly as difficult for me as finishing a story, but I also go back and completely change my opening far more often than I change my ending. Dialogue is perhaps a strength of mine, yet I spend far more time painstakingly trying to get the narration right.

Most interesting is what my Alpha Reader recently told me: “I don’t know why, but you do sad families really well!” It was an off-handed comment in the moment, but it stuck with me and I’ve since come to see its truth. I do have a way of conveying negative experiences and emotions far more vividly and interestingly than positive ones. Yet, I certainly didn’t expect that because I’ve been fortunate to have lots of positive life experiences and minimal personal negatives. Hmph…

Story stories teach you how to be a better writer

Because of all the above lessons, I believe I’m becoming a better writer every day. Had I pushed myself to write a novel first, I don’t think I would have realized all these things and I might find my writing falling flat. Now, don’t get me wrong, I still have that experience all the time—first (and second and third!) drafts are often rubbish! However, with the varied short story experience I’ve been gaining along the way, I at least have a decent understanding now of what is going wrong.

It should also be noted that I’m simultaneously reading a lot of books on the craft of writing. Right now, I’m focused on editing through Renni Browne and Dave King’s book Self-Editing for Fiction Writers and although I worried it would be dated when I first started the book it is proving to be gold. Of course, those texts are guiding me as well, but I think they’re only able to help me to the extent that they are because I’m able to apply them immediately to a full story and see the effects.

Novels are long. Novels take months, if not years, to craft and so I want to know as much as I possibly can about my own techniques, themes, and style before I attempt to tackle one. Of course, everyone needs to do what works best for them, but if you’re just starting out, I recommend spending some significant time with short stories first.

Working in this format provides a faster timeline and the ability to finish and get feedback on your story sooner. As such, you can keep up momentum and motivation lags far less than it may with a longer format. Additionally, it gives you time to get to know yourself as a writer—what works for you and what doesn’t—before you’re knee-deep in a novel.

I’m really happy that I’ve taken this route and that I’ve been able to grow my interest in short stories alongside my ability to write in general. I won’t say it’s always easy to write in this format—on the contrary, it can be quite difficult for a long-winded writer like me to keep things concise. However, that challenge is a great lesson as well. Just because novels are longer doesn’t mean that I won’t need to apply the same rules of brevity and precision in the future, but I’ll be working on a larger scale, making it difficult to see exactly where that needs to start and end. Honing my skills on this level first will allow me to approach that new challenge with confidence when I get there!

What do you think? Do you enjoy short stories as reader? As a writer? I’d love to hear your thoughts below!

2 thoughts on “Why Short Stories?” 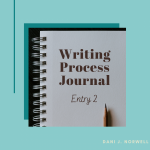 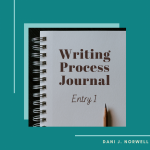